This is what Bologna Sporting Director Riccardo Bigon had to say following the announcement of the league fixtures for the 2021/22 campaign: “There’s a good month to go before the new season and we need to get to work immediately with the right spirit, leaving nothing to chance. We’ll kick off our campaign with a home match against Salernitana, a fixture that we mustn’t slip up in, even if they’ll inevitably be enthusiastic as a newly promoted side. Then, very challenging fixtures against Atalanta, Verona and Inter await. Our triple-header against AC Milan, Napoli and Cagliari in the space of a week at the end of October will also be tough. After the winter break, we’ll immediately be up against difficult opponents in Inter. The second half of the season being different to the first half? Nothing will change: every team needs to be played and we’ll need to ensure that we’re always ready.” 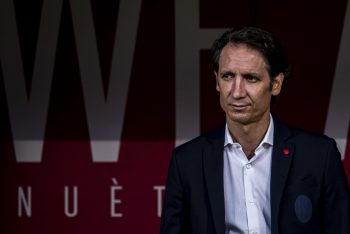 Sporting Director Riccardo Bigon on the defeat to Lazio Dates and times of fixtures released up to matchday 28