Ninety years ago, on 19 June 1932, Bologna embarked on their first-ever European adventure, starting off in the quarter-finals of the Central European Cup. They would eventually win the trophy at the first time of asking, cementing themselves in history as the first Italian team to win an international cup competition. This is no ordinary anniversary for our club and Italian football.

The Central European Cup, or Mitropa Cup – a contraction of the German term ‘Mitteleuropa’, meaning Central Europe – was initiated in 1927 by the then General secretary of the Austrian football federation, Hugo Meisl. The first two editions of the tournament involved exclusively Austrian, Czechoslovakian, Hungarian and Yugoslavian sides, the elite of European football at the time. From 1929, Italian teams were granted participation, with Juventus and Genoa being the first to qualify, eventually going out in the first round. As such, the competition became the first continental club tournament, and would later evolve into the European Cup, and eventually the Champions League. Up until 1940, qualification for the tournament was granted to teams who won and finished runners-up in Europe’s main leagues, with the exception of the British, who were still reluctant to compete with overseas teams.

In the 1932 edition (the tournament, for the time being, would continue to be held in the summer as it was impossible to organise midweek European away games during the regular season), Bologna took part for the first time along with Juventus, who had won the Scudetto ahead of the Rossoblù. On Sunday 19 June 1932, the club played the first leg of their quarter-final tie against the first-ever cup winners, Sparta Prague, at the Littoriale. Bologna blew them away: Reguzzoni, Maini and Schiavio all finding the net from every position imaginable. The Czechs found themselves in front of a Bologna barrage and were four down inside the first 23 minutes. They eventually ended up with five, which was enough to see them through despite Sparta’s spirited fightback in the second leg, which they won 3-0.

Juventus also got through to the semi-finals, by beating Ferencvaros, and faced Slavia Prague in the semis; Bologna had the cup holders, First Vienna. The Rossoblù once again confirmed themselves as the real deal, as they beat the reigning European champions 2-0 at home on 10 July. Despite losing the return leg a week later 1-0, it was enough to clinch a spot in the final and become the first-ever Italian club to do so. For Juventus though, things went rather badly. After losing the first leg away in Prague 4-0, they fought back in Torino to cut the deficit to two goals early in the second half. However, the locals were far from happy with the away side’s on the field behaviour and openly contested, resulting in a stone being thrown leaving the Slavia keeper, Planicka, injured on the floor (he would be in goal for Czechoslovakia in the World Cup Final against Italy two years later). The Czech players left the field of play and refused to go back out to finish the game off. The organising committee, in an unprecedented act, decided to disqualify the two teams, following the crowd trouble from both sets of fans in both legs of the tie. Bologna, being the sole finalists, were crowned winners of the tournament.

Upon hearing the news, the president of Bologna, Gianni Bonaveri, offered a grand sporting gesture, stating: “Place the three teams, from the 1932 European Cup, in a mini-tournament next September: Bologna, Juventus and Slavia, in order to promote peace and good relations between the two sides. The deciding committee, “whilst appreciating the value of Bologna’s gesture”, rejected the offer, and following a meeting on 11 September in Budapest, confirmed Bologna as champions. This was the first Italian club triumph in an international tournament. They would go on to repeat the success in 1934, but this time on the field of play. 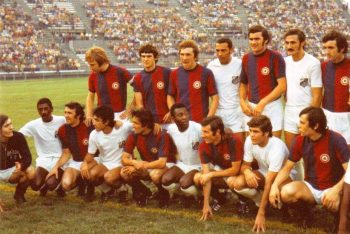 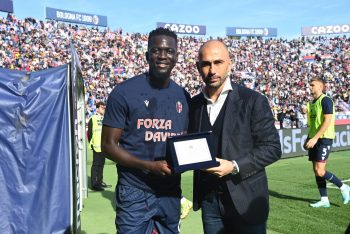