On the day before the #BFCRoma match, finishing session behind closed doors Vote for the MVP of #SpeziaBFC Soriano after his 100th competitive appearance 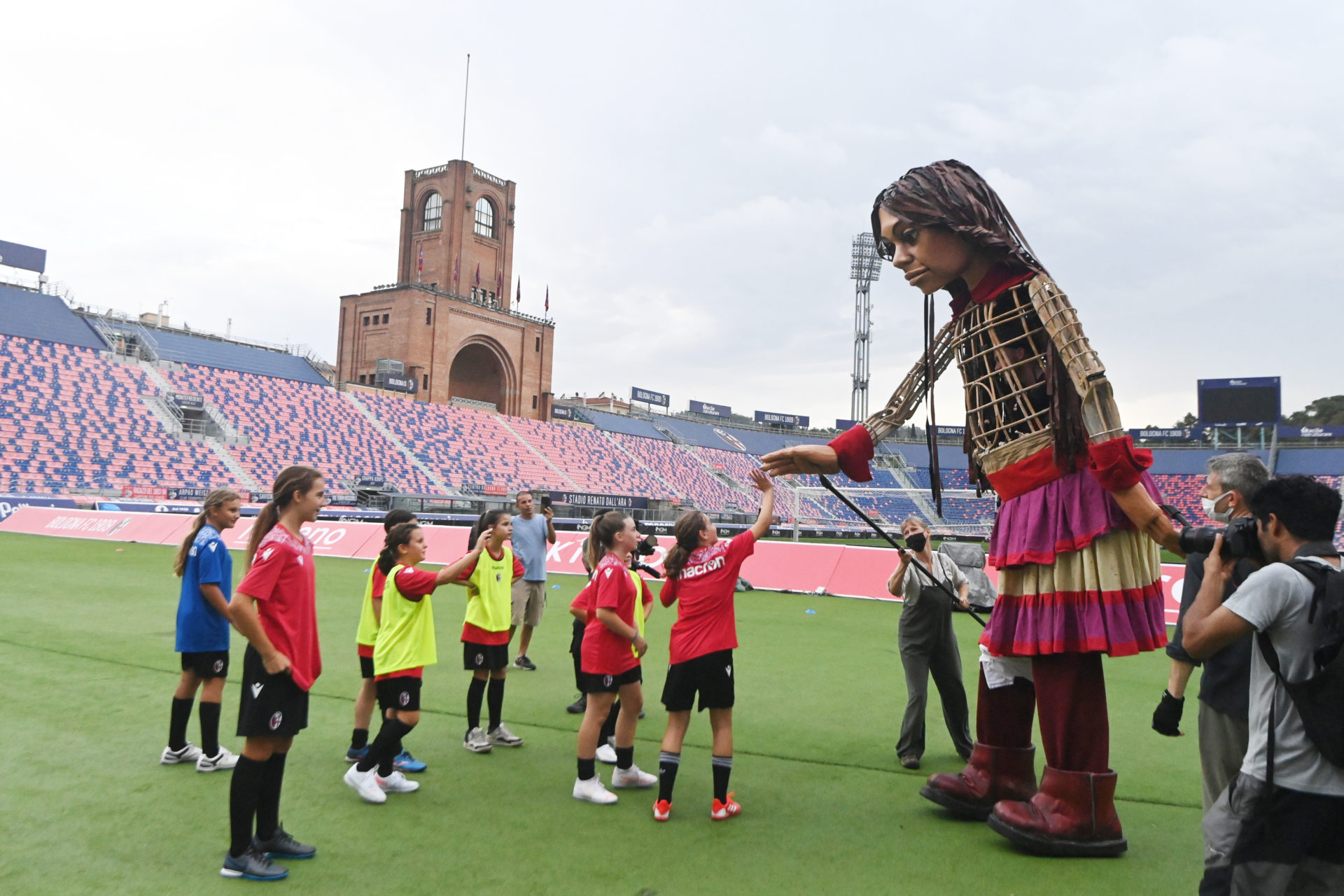 The Walk: Little Amal at the Dall’Ara

The Walk, a travelling festival of art and hope in support of refugees, was in Bologna today. It’s a long journey being made by Little Amal, a 3.5 metre-tall living artwork of a 9-year-old Syrian refugee child. Her name means Hope in Arabic, and she’s set out to find her mother. Since 7 September and up to 19 September, Little Amal has been and will be welcomed at big cultural, public and community events in 13 cities and small towns across Italy. Amal’s day in Bologna started off at the Parco della Montagnola, where she watched stage plays for children in an event promoted and produced by Assitej Italia, La Baracca – Testoni Ragazzi and Compagnia Teatro dell’Argine. At 17:30 CEST, the Little Amal stopped by the Stadio Dall’Ara, where she was welcomed by children from the Rossoblù football school, with whom she spent an afternoon filled with sport and fun. The project was organised by Bologna in collaboration with Emergency.