The disappointment of Baggio’s departure made way for the start of a busy new season with a large number of fixtures. An eighth-place finish allowed Bologna to participate in the Intertoto Cup, the international competition held over the summer which offered both a trophy and the chance to qualify for the UEFA Cup in September. However, it started extremely early – in the middle of July – with Bologna entering at the third round in a straight knockout competition.

While president Gazzoni was conducting negotiations in an attempt to bring Beppe Signori to the Rossoblu as a replacement for Baggio, Mazzone’s side beat National Bucarest after a gruelling second half in Romania. Marocchi had been sent off and the side wasn’t at peak fitness. The semi-final was played in August against Spalletti’s Sampdoria and a goal from former Bologna man Palmieri made things difficult but Kolyanov scored in the 90th minute at the Dall’Ara with a memorable bicycle kick in front of the Curva to round off a 3-1 win after two goals from Andersson. The Rossoblu were made to struggle at the Marassi, but the aggregate lead was protected and they progressed to the final against the tenacious Polish side Ruch Chorzow.

In the meantime, Beppe Signori completed his personal fitness programme and he was back to join Mazzone’s side for the final over two legs. A Kolyvanov free kick in the first leg was enough for Bologna while the second leg was won in a match of great substance as Ingesson, Magoni and Cappioli controlled the play and preserved their grip on the trophy. A penalty from the Russian halfway through gave Bologna the lead before ‘Beppegol’ finished matters in the final minute on the counterattack. 28 years after the Anglo-Italian League Cup win, the Rossoblu had won another European trophy on 25th August 1998. 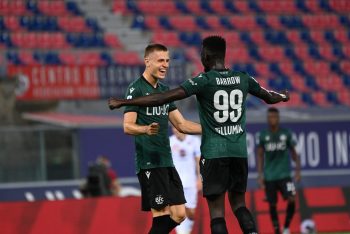 A first goal in Rossoblù colours for Svanberg A first goal in Rossoblù for Tomiyasu 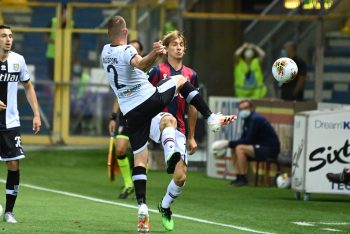 Farewell Carburo, Negri has passed away 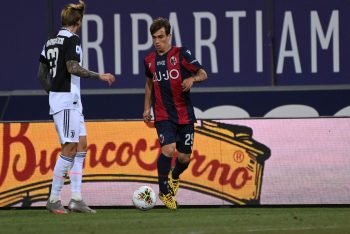 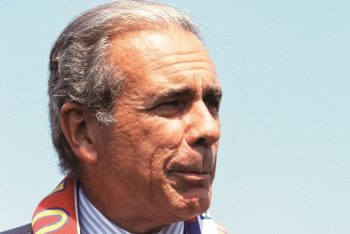