Mirko Pavinato’s funeral was held at the parish church of Sant’Anna on the Via Siepelunga in Bologna. Pavinato captained Bologna to the Scudetto in 1964.

It was an intimate ceremony, which – due to the current anti-covid guidelines – Rossoblù fans were not able to attend when may have wanted to pay their respects to this great champion. A delegation from Bologna FC 1909 was, however, present for the service in order to display a banner of mourning. Former Rossoblù players Rino Rado, Paolo Cimpiel and Franco Colomba were in attendance as part of the Club’s delegation. 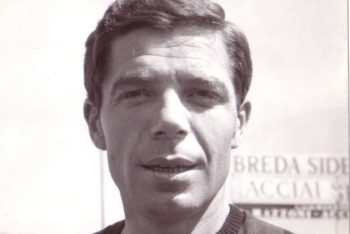