Here was how Roberto Donadoni looked back on #BFCMilan. “We played a good first half, we were equal with Milan. We only gave up two chances for the Rossoneri which also came about due to our own naivety and unfortunately, we conceded two goals. In the meantime, we equalised through Orsolini and having seen the footage again, I don’t understand why that goal was disallowed. Palacio touched the ball with his arm but he couldn’t avoid the ball with it being hit at him so hard at close range. It reminds me of the Koulibaly handball and I can’t see consistency in the decisions made. Frankly, I find certain refereeing decisions absurd. Certainly, had it stood and made it 1-1, it would have been a different game. In the second half, we certainly played poorly in the first 15 minutes and gave up some shocking chances for Milan. Then, we got back in the game with the goal to make it 2-1 and we tried until the end.” 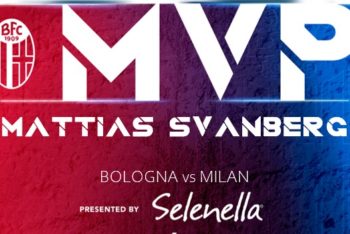 Svanberg the MVP from #BFCMilan Svanberg after the game 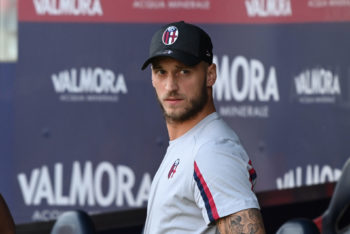