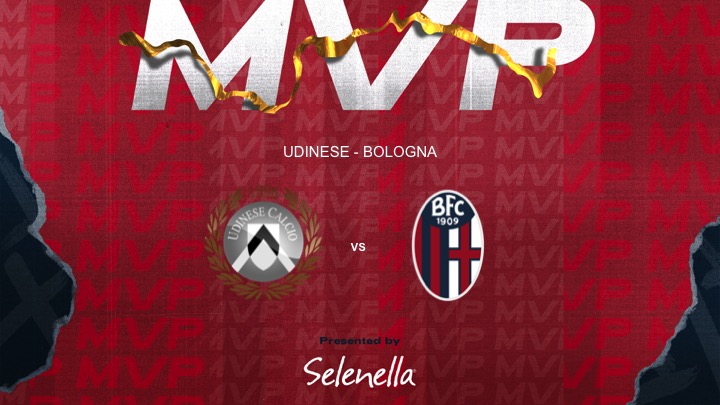 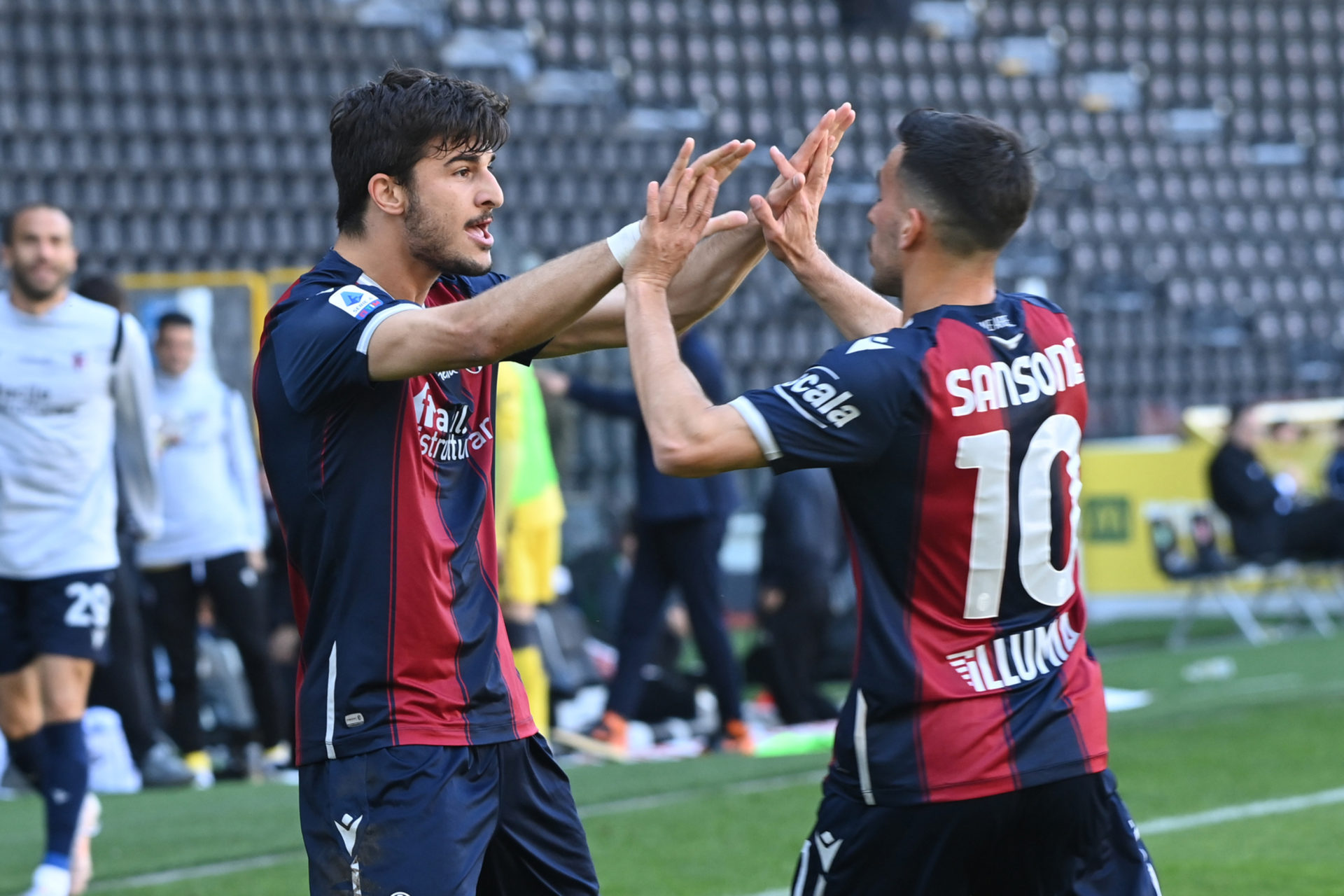 Arpad Weisz, the story of a broken life

In the years in between the two wars of last century he was one of the greatest masters of Italian football. He was born in Solt, Hungary, on 16 April 1896, and he soon began life with the ball; at the age of 15 he joined the youth team of Torekves, two years later he made his first team debut, all the while studying at the Faculty of Law. The war wrestled him from his occupations: framed in the Austro-Hungarian army, he was taken prisoner on November 28, 1915 on Mount Merzli near Tolmino and interned in Trapani; in that long period, he learned the Italian language. After the war, he resumed playing again for Torekves and for the national team, but soon had to emigrate. Hungary, after the short Bolshevik experience of the “Republic of Councils” and the subsequent bloody repression, languished in disastrous economic conditions and many exponents of its flourishing football expatriated in those years. Arpad played in 1923/24 at a Jewish club, Maccabi of Brno. The team was also involved in Italy, playing an unofficial match against the Italian national team in Bologna on May 5, 1924. Weisz, a left winger with six games for the national team, was signed by the Inter Milan in the summer of 1925. Immediately a starter, he was stopped at the end of January 1926 by physical problems related to the climate, forcing him to retire early from competitive activity, with 11 games and 3 goals to his name, after returning to the field in the last match of the championship on July 4, 1926 in Milan (2-1 at Modena). The club immediately proposed for him to become a coach and he accepted, inventing a job to which he was naturally suited. In his first season he finished in fifth place, the following year he turned the midfielder Bernardini into a center-forward and finished seventh, having had to manage a long absence through disqualification of the defensive star Allemandi, which he remedied by inventing a line of five full-backs: in practice, Italy’s adaptation of the system that Chapman had invented across the Channel. In that tournament he launched a seventeen-year-old, Giuseppe Meazza, destined to become the greatest Italian player. The unsatisfactory finish resulted in Weisz being replaced by compatriot and friend Joszef Viola. Arpad returned home to coach Szombathely, a team in the city where he met his future wife and who, setting sail from Lisbon, led a four-month tour of Latin America, Cuba, Mexico and New York. In the summer of 1929, Aldo Molinari, the secretary of his old club – now Ambrosiana-Inter – at which he had assumed tenure, recalled him to Italy, offering him a return to coaching the team. Weisz won the championship at the age of 34. At the end of the season, together with Molinari, he published a manual “Il giuoco del calcio”, with the preface by the National Team Manager, Vittorio Pozzo, containing a series of valuable indications for every protagonist of the world of football and extraordinary tactical advancements (the volume was reprinted in January 2018 by Minerva Edizioni di Bologna). The following year he took fifth place, enough to make him change teams again. He saved Bari (a winning play-off against Brescia in Bologna on 16 June 1932) and returned to Ambrosiana for two consecutive second place finishes, interspersed with the Central European Cup final loss to Austria Vienna. In the following season he managed Novara, in Serie B, but at the end of January 1935 he was called up to Bologna by president Dall’Ara to replace Kovacs, suffering from the after-effects of an injury that occurred to him during a training session.

Soon Weisz, defined by ‘Illustrious Football’ takes his place in the Emilian capital. After the finishing in sixth place, he reorganized the team, preparing for the brightest period in Rossoblù history. Dall’Ara sends the athletic trainer Filippo Pascucci, Weisz’s first collaborator, overseas to bring home the “fugitive” Fedullo and add a new center-half to replace the now deteriorating Occhiuzzi. Pascucci returns with Michele Andreolo, a 22-year-old star of Italian origin, who can be registered as “oriundo”. With the young Fiorini in defence in place of Monzeglio, sold to Roma for his weight in gold, Weisz draws up a formidable squad, and using just 14 players wins the 1935/36 championship and does the same again the next year, despite having to replace two legends who had withdrawn from the competition; goalkeeper Gianni was replaced with Ceresoli and the center-forward Schiavio replaced with Livorno-born Busoni. After the end of that 1936/37 championship, Weisz’s Bologna reached its climax, passing on to history as the strongest of all time with the victory of the Paris Exposition Tournament, a sort of club world championship. The players are all behind their Coach, skilled not only in “reading” matches, but also as a manager of men. Authoritative without the need to be authoritarian (he never raised his voice), he had his own way to punish those who made mistakes: he invited them to lunch at his house and in the amiable convivial atmosphere convinced them to correct themselves. After a fifth place finish, while starting his attempt at his third personal triumph in four years, the architect of the greatest Bologna team in history disappeared forever from the scene.

At the end of October 1938 he was forced to leave Italy because of the infamous racial laws, being a foreigner of Jewish origin. In general silence (not even a comment in the press) he resigned from Bologna at the end of October 1938 and in January 1939 he left with his family for Paris. In the capital of Oltralpe, he would have to choose between attractive French proposals and another much more uncertain one from the Netherlands. On 10 February 1939 he explained in a letter to his friend Mario Montesanto from Paris: “As for me, as you can see, I am still in Paris, but no later than this evening I will have to make a decision. To be precise, I have to tell you that I lost four weeks waiting for a Dutch visa… that is, as soon as I arrived, the President of the Dutch Federation came to Paris, the agreement was reached early, but it took the approval of the Chamber of Labour in The Hague to get a visa. And to date, I have not been able to obtain this permit, in fact I have already given up the whole affair, although this morning I received a message from Rotterdam that wishes me well. Right now I don’t know what to do. While waiting for my visa I started working here. A provisional contract awaits me in Lille. Not long ago they alerted me that the President (a great gentleman) of the Racing Club Paris is looking for me who will receive me today at 4.30 pm, so I can not say anything specific, but I have to decide by today if I should find myself tomorrow in Lille. If I could follow my will, I would go to Holland, which today means peace, calm security and even a full pocket… Here in France, you are fine, Paris is brilliant, as it was in 1937, there is a fantastic preparation of souls and material for every eventuality. Who knows where things are going?”. The fear that France might appeal to Hitler therefore suggested that he accepted the offer from a small centre in holland, Dordrecht, whose team was almost relegated in the final stages of the top flight. He was unaware that the Germans would soon take over the tulip country. Upon guaranteeing (miraculously) survival on June 19, 1939, he wrote to Montesanto in Bologna: “As you know, I took a great deal of weight on my shoulders in accepting the Dutch offer. I don’t know why I didn’t stay in Lille where they offered me such an advantageous contract. In Dordrecht the terms of the contract were much worse than in Lille, then there was a four-month trial period with a team whose fate was marked… You can see that I can no longer live quietly; when I miss thoughts, worries and emotions, I go looking for them. Today, that trial period is over, and the team that seemed to be inevitably condemned to relegation is safe, perhaps I no longer regret the choice of country. People are quite grateful in a moral and material sense. I can say that during my coaching career I have never had as much sympathy as I have now. Even now, nine days after the last game, there is still a large basket of flowers that keeps our room fragrant. As you can see, this time I’m breaking good news about me! Let us hope that the future does not prepare any disillusionment for us!’. The following year he led Dordrecht to a flattering and unexpected fifth place in the standings, but on 10 May 1940 Germany invaded holland. Having taken fifth place once again, at the end of September 1941 Weisz was forced to quit his job and peek out of the gaps in the fence that surrounded his boys’ training camp at work with the new coach. Hard months followed, until on August 2, 1942 he was arrested by the Gestapo along with his wife Elena and their young children Roberto and Clara. From the Westerbork collection camp on October 2, 1942, the four were loaded on to an armored train to Auschwitz, Poland. After a three-day journey in inhumane conditions, Arpad is diverted to forced labour in Upper Silesia. Elena, Roberto and Clara reach Auschwitz-Birkenau, where they are immediately eliminated in a gas chamber. Deported to Auschwitz, Arpad Weisz resisted until January 31, 1944, when he died of exhaustion after atrocious suffering. We would know all this in detail only many years later, thanks to the research of Bolognese journalist Matteo Marani. Until then (2007) only a few key points were known of an ordeal that even in the immediate post-war period tended to be denied. Tragic irony, in fact, meant that in Bologna during the 1945-46 championship there was a rumor that Weisz survived. On March 28, 1946, the afternoon newspaper “Cronache Sera” edited by Enzo Biagi wrote: “The Bolognese fans are asking for Weisz’s return – The return of Ermanno Felsner is announced soon, to which the stewardship of the rossoblù would be reassigned. The news, as far as we know, did not raise excessive enthusiasm in the circles of the Bolognese fans who would prefer the return of Weisz, the man who was able to give the team an unmistakable character. As is well known, Weisz was forced to emigrate because of unfair racial laws. At first he moved to the Netherlands, to Amsterdam, where the largest local team under his leadership won the Dutch championship, then was called up to America. Where he is now is not known, but it should not be impossible to track him down and propose to him to reassume his role as the coach. Bologna would have everything to gain”. The rumors, as you can see, even then soon became false news. Unfortunately, it was not only winning the Dutch championship that was false, but also saying that he went to America. The great Weisz would never come back.