Vignato signs for Bologna, the player to stay at Chievo until June Straight back to work at Casteldebole Vote for your MVP from #BFCVerona Team back in training tomorrow Sansone, who scored Bologna’s goal in their 2-1 defeat at home to Roma, had the following to say after today’s match:

“We’re more angry than bitter. I’d like to take a look at the handball Santander was blown up for. Aside from this, Roma were clinical but didn’t deserve to win the game. They played well in the first half and we had to dig in, but we managed to react well after Kolarov’s goal. We also had a number of chances to take the lead. Then there was that final passage of play where we needed to be more careful. We always want to win our matches, especially at home. Now, we’ll immediately think about the game against Genoa.” 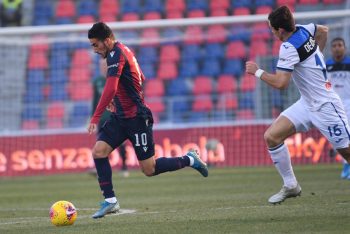 Sansone is the MVP from #BFCRoma Vote for our best player in #BFCRoma