Among the positive aspects from this first stage of summer preparation in Pinzolo was the success of the live streams for the friendlies shown on our official Facebook page.

With a total of 40,000 views per match, the Bfc Tv broadcasts received record figures with the highpoint coming during yesterday’s friendly with Southampton Under-23s. 3,500 people tuned in to watch the full match with around 5,000 reactions and over 2,000 comments. Overall across the four games, there were over 25,000 interactions. It was the second year that Bfc Tv has broadcast the games with Claudio and Piero Lelli directing and Federico Frassinella commentating. Last year there were 1,800 live viewers for the matches at Castelrotto 2017 compared to an average of 2,200 for this year’s matches reaching 3,500 viewers yesterday.

It was a great success for our social media channel that has never enjoyed such impressive statistics thanks to our fans and general football fans with a number of viewers also watching from abroad. Bologna 2-0 Southampton U-23: The highlights Bologna 2-0 Southampton U-23: The Gallery 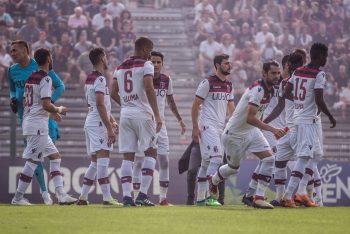