Team to return to Casteldebole tomorrow Notice on the Stadio Dall’Ara Store Bologna FC 1909 have revealed the Third Kit for the 2017-18 with a theatrical presentation at the Store Macron | BFC at the Galleria Cavour. It was presented by Club Manager Marco Di Vaio and the singer Luca Carboni who is a big Bologna fan. Carboni was then presented with the new Third Kit by Chairman Joey Saputo. The shirt was put straight on sale at the Rossoblu club shop and it will be available online from tomorrow.

The main colour on the new Third kit is royal blue with darker vertical bands. It has micro mesh inserts to ensure it is light and breathable. It features a V-neck collar with Rossoblu trim and the back of the neck is personalised. The club name Bologna FC 1909 is on the inside of the collar. The chest bares the Macron logo and club badge.

The kit is completed by shorts which are also royal blue with red and blue details. The socks are the same colour with Rossoblu stripes and ‘Bologna FC 1909’ printed on them.

Macron continues to establish itself as a major player in the world of technical sponsorships. For Macron, sport means hard work and the strength of desire. “Work Hard. Play Harder” is not just a motto but a philosophy which inspires all of their activities alongside teams and sportspeople. 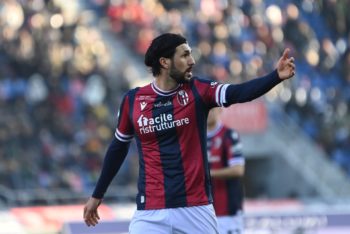 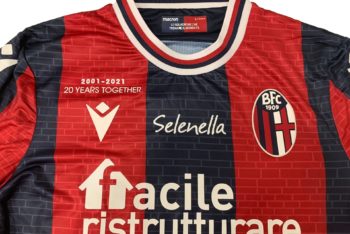 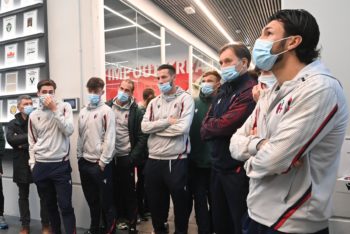 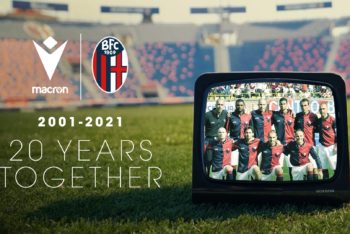 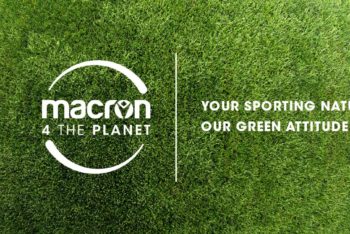 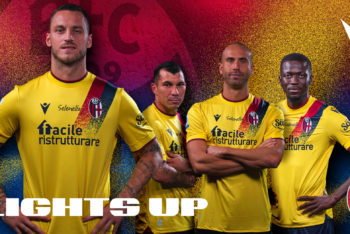 Lights up your passion