This is what Bologna Sporting Director Riccardo Bigon had to say when speaking to Sky: “Orsolini’s first Italy call-up should be a source of pride for all of us, even if he didn’t play. Skov Olsen demonstrated the talent he has, I’m happy that he managed to score three great goals and hope that this gives him confidence. We went into the game against Sassuolo having produced many great performances but having picked up few points, we were certainly expecting more. In addition to producing a nice brand of football, you need to be clinical in Serie A. This is the aspect we need to improve on now. The January transfer market is a month and a half away. As already mentioned, Ibrahimovic and the Coach have a very strong personal relationship, they’ve been in touch. He expressed his openness to the idea of coming to Bologna, but now he’ll take his time to evaluate all the possibilities he has regarding his future after saying goodbye to the MLS. We’re very fascinated by this situation, but it’s clear that we can’t control it 100% as it’s exclusively the player’s choice. However, we’re ready and feeling positive.” 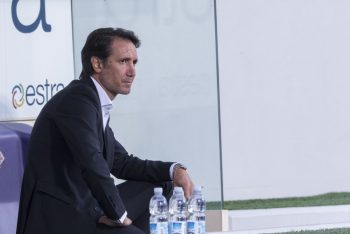