Dominguez had the following to say following Bologna’s victory over Verona:

“This is a very important win given the kind of match we played. Verona are a strong and physical side and play man-to-man all over the pitch. It was a tough game and we had to dig in during the first half. Then, we said that we needed to play more with the ball. In the second half, we defended well and managed to avoid conceding, allowing us to pick up the three points. Discussions were held after the Coppa Italia defeat, and we’ve really shown a lot over the past two matches. I think credit needs to go to the whole team and all areas of the pitch, with players arriving that have given us confidence. I communicate a lot with my teammates when I’m out on the grass. We’ve got seven points from three games and want to continue down this path. We’re already thinking about Inter.” All internationals now back 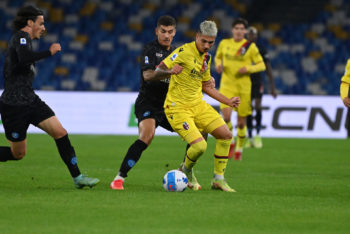 Dominguez on the game Dominguez the MVP for September